Zuzana Pustaiova “One Day Every Day” 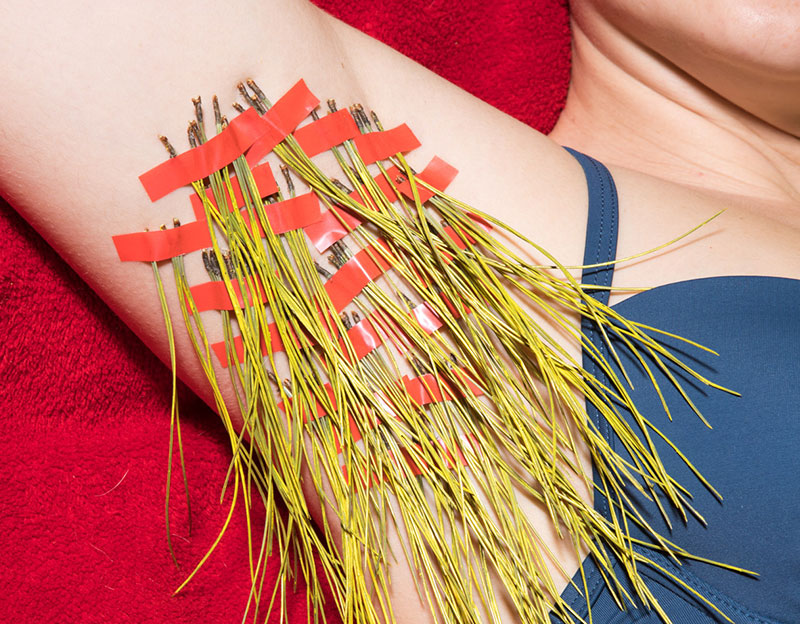 Zuzana Pustaiová (1990, Slovakia) is an internationally acknowledged photographer and a vital member of the younger generation of Slovak photographers. She has recently completed her PhD in Art at the Academy of Fine Arts and Design in Bratislava. In her work, she explores family, the intricacies of familial relationships, and the relation to family history and origins. She is concerned with the conventions of the various roles within the family and society. She exposes different cultural stereotypes related to gender, age, tradition, and social inclusion with wit, humour, and irony.

Following her participation at several group exhibitions in the Photon Gallery in Ljubljana, the time has come for her first solo exhibition. She will present selected works from two of her recent projects: Faces of Family, the winner of the Photodays festival in Rovinj in 2018, and her PhD project One Day Every Day, which won her the Grand Prix at the same festival in 2021. The two projects are presented in the exhibition under the common name Forms of Everyday Life.

The project One Day Every Day tackles the influence of stereotypes, behavioural patterns, and role-playing on human existence in today’s world. By applying the notion of functional fixedness (a cognitive bias that drives people to use objects in traditional, standard ways) to human interactions and the idea of (societal) role-play, the artist reveals the boundaries where the traditional use of routine becomes pathological.

To a certain extent autobiographical, the series is primarily about the inability to escape the pressures exerted by the world of politics, the media and the digitalisation of our lives. The artist notes that societal expectations are evolving at an ever-faster pace and often diverging from what we inherited, our upbringing, the influence of our environment on who we have become and the calibration of our moral compass when we were young. The series thus embraces the uncertainty, volatility and fluidity of contemporary life, created by the mixture of patterns of behaviour on the one hand and by new, “accelerated” forms of (social) interaction on the other.

In conceiving this project, the author drew on the concept of functional fixedness from Gestalt psychology to describe a cognitive bias that limits a person to using an object only as it is traditionally used. It is possible to overcome this bias with creativity, for example, by using a paper clip as a hook or something else instead of using its normal function to bind paper. In the series One Day Ever Day, the artist applies this principle (interaction with objects) to human interactions. She reconceptualises the fixedness into the existence of individuals in the present time and in space – on specific roles, behaviour patterns and common typologies.

Visually and conceptually, the series focuses on several distinct aspects of the topic: wearing masks as an allegory of role-playing, performing various everyday activities and being caught in existential situations, being part of a family or other larger social group, etc., expressed through colourful images full of satire.