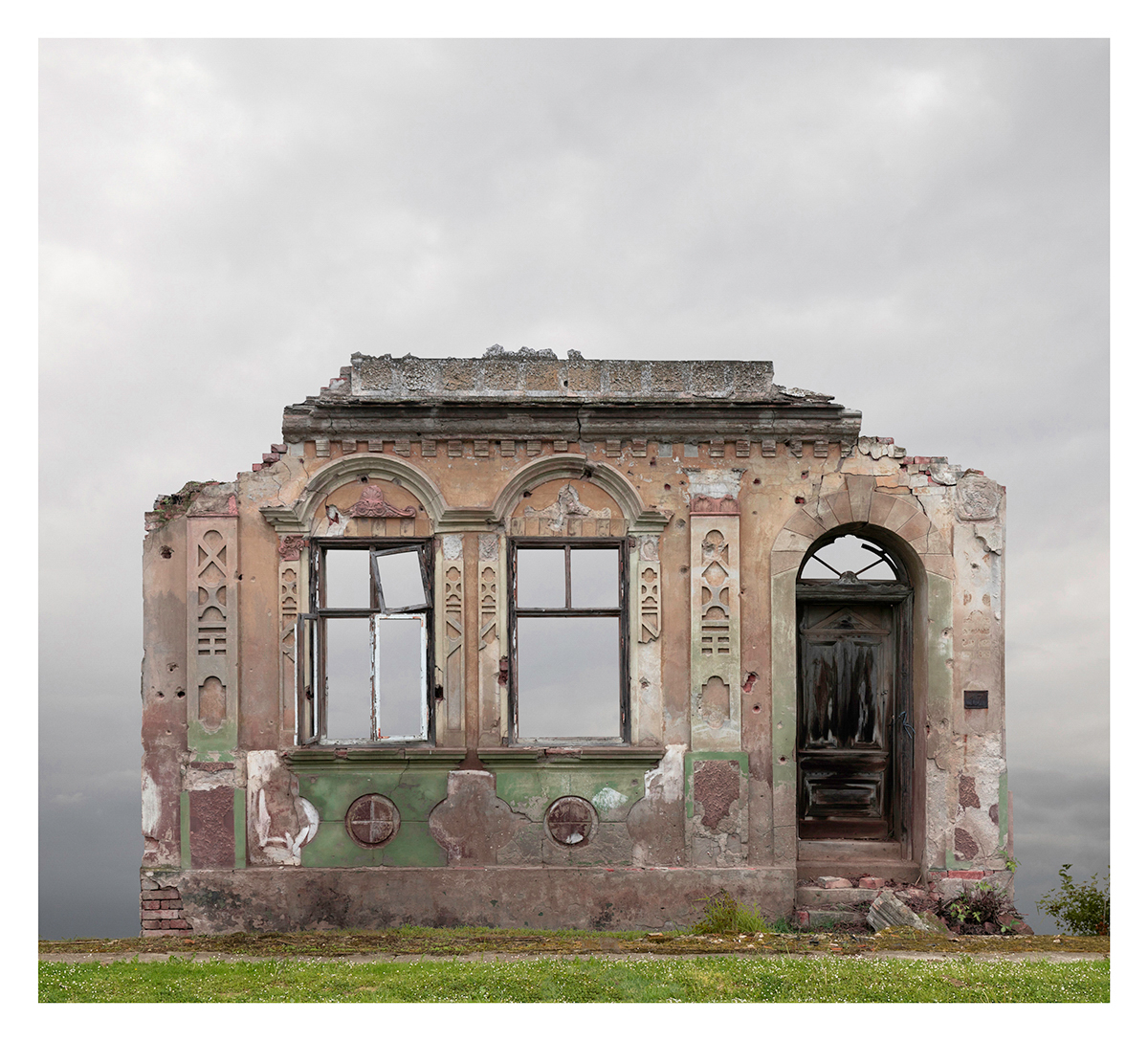 In the 19th century, the Croatian region of Slavonia was being inhabited by people from all nations of the Austro-Hungary empire. A fast economic development begins with the exploitation of forests and land. Villages became an elementary demographic unit.

German colonists made the most significant cultural impact through language, crafts, and architecture. Instead of building with mud, people started to build with baked bricks, which raised the quality of life. Two types of houses appeared – gable (agricultural) and longitudinal (crafts). The objects are decorated with historicist and secession ornaments.

The irony of history is that today, due to the destroyed industry, the population is leaving Slavonia and going to Germany in search of a better life. With the extinction of the village, the historic houses that became part of the cultural identity are the first to decay.

The photo series consists of photo collages of buildings on clean plains to emphasize architecture and empty landscapes, as well as a typology of houses in real spaces.

“Dorf” is a German word for village. 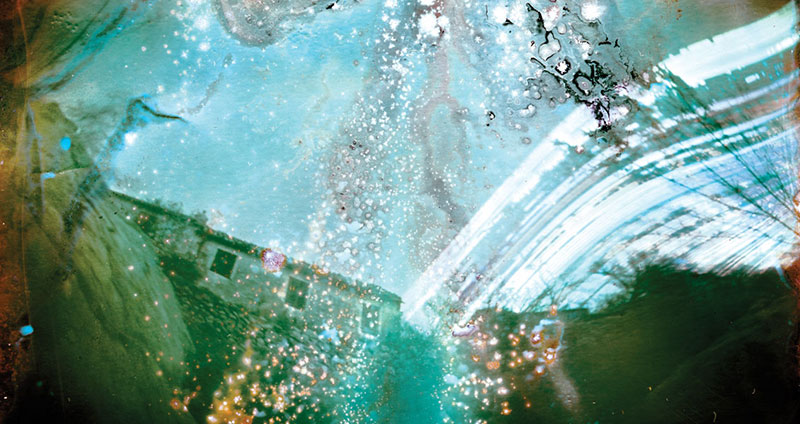 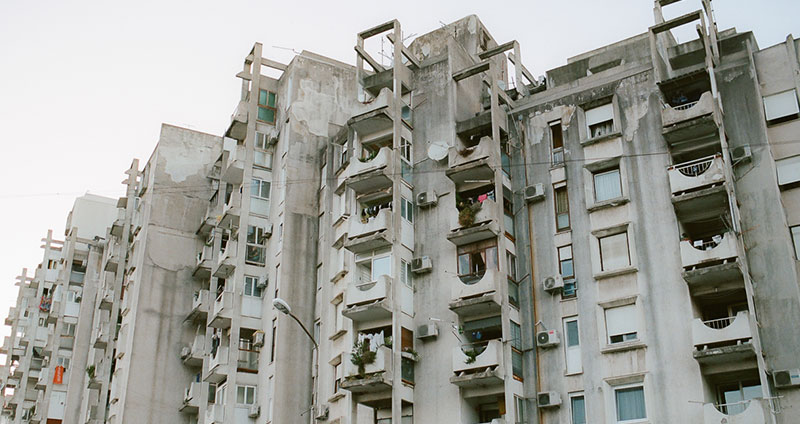