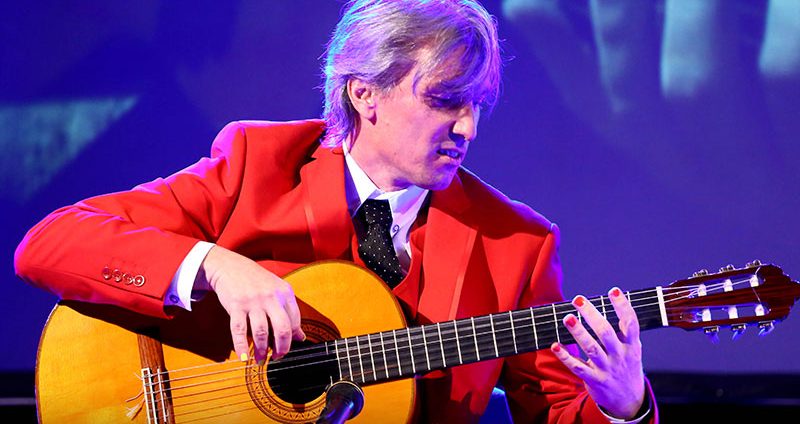 On the first night of the festival, we’l be enjoying an Evening of Wine, Guitars and Photography –  a show for all our guests with a concert “The Power of the Guitar” by Damir Halilić Hall.

Hal is the winner of all national awards, including the most prestigious, Porin (2014). His songs have reached the very top of the charts in the USA, Australia and Europe. He has recorded collaborations with the world’s music elite, including Grammy and British Award winners.

So far he has performed in the USA, England, Germany, Italy, Hungary, France, Slovenia, Serbia, Poland, Austria, Switzerland… The fact that guitar virtuoso Tommy Emmanuel has included Hal’s albums in his own webshop, speaks volumes about his status.

His concerts “The Power of the Guitar” are, according to music critics, one of the most innovative and original projects in the field of guitar music. It is an alternative concept of solo performance of a multimedia character, involving valuable photo production.

Along with Geržinić wines,  that have been part of all the years of the festival, we are looking forward to an amazing night!